I've received such a huge response to the original popcorn cupcakes, that I wanted to provide some 'how to' information.

Here are the materials you will need: 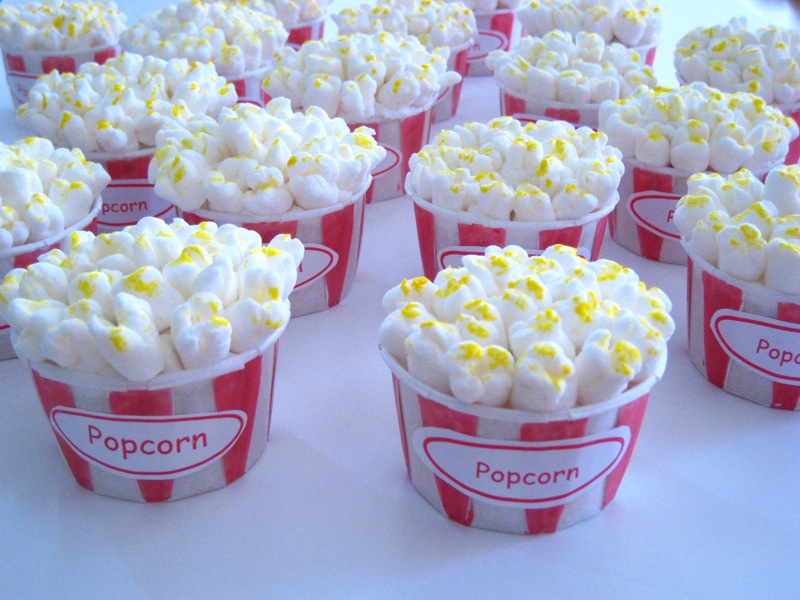 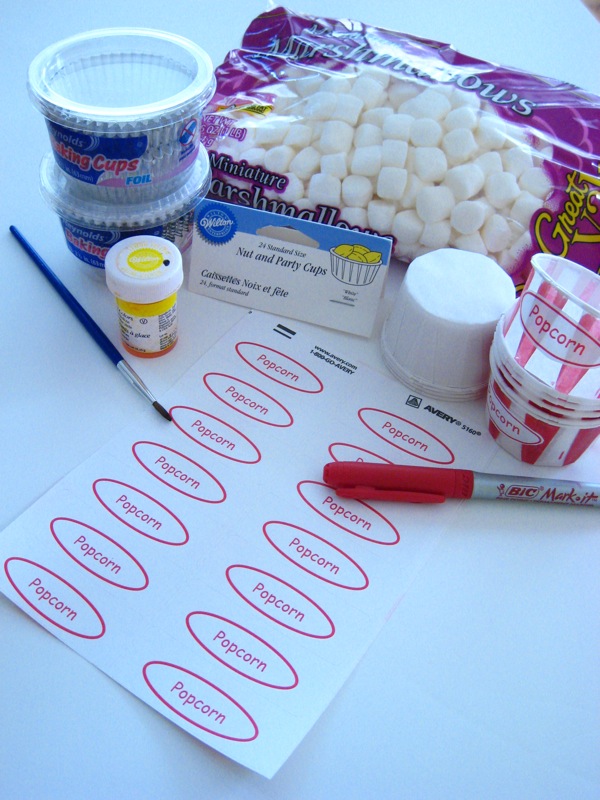 Those are awesome! Do you mind if I copy these?? I run a cooking club for my elementary students, and I'm doing cake decorating with them next month! They'd love these!

thank you so much for doing this. I've always wondered how it was dont.

You are a real sweetheart

Thank you for sharing. My son is having his party at the movie theater this year and I'm sure these will be a hit.

So cute! Great instructions too!

THANK YOU FOR SHARING I'M EXCITED I THINK THESE OR SO CUTE!!!

Thank you so much for the tutorial!!!

These are amazing! Thank you so much for sharing this with us all!

So cute! Thank you!

I went to Michaels this weekend to buy the nut cups and I noticed they changed to cup lines.
The old way are the ones you have in the photo with the wide lines and the new ones are lots of long thin line going down. I like the old ones.....but I also like the new one better cause the outside is not as waxy and you can color the lines a lot better and color them once instead of twice like I had to with the old ones it's more of a paper feel. But the inside of the cup has a plastic liner I don't think it's wax I think is plastic so I don't know if you can make the cupcake in the cup itself.

This is how they look now:


I colored one to see how it looks and they look really good... I'll post photo once I'm done tomorrow. I have an order for Thursday....

**Please excuse me if this cups are not new but they are to me I don't buy them often so I just notice that they changed them I always have gotten the other one and know they don't have them at the store I go to...

thanks for the tutorial

Thanks for the wonderful tutorial! Here is a link to my photo:

One thing I learned is not to over fill the cupcakes, better to under fill. It doesn't look right when my cupcakes peek over the top of my nut cup.

Thanks so cute can't wait to try them.

I made these for my children's classroom year end party last June. 45 of them took us (DH and myself) a couple of hours to cut and attach the marshmallows ... and we didn't cover them as much as you have - but I think my cups were bigger since they weren't the Wilton nut cups (I got them from a paper supply factory outlet). There were closer to a medium sized cupcake. I was also told that you can hit the marshmallows with a quick blast from a hot hairdryer to 'melt' them a bit.

Took several hours to just colour the cups with red Sharpie pens, too.

I also flavoured the BC with Lorann's butter flavouring. You could smell it when you opened the cake box lids. Mmmmm.

There's a pic in my photos, if you're interested.

Thanks, that was very generous of you to post this.

Thank you! I can't wait to make these for my son's next party! You are awesome!

Thanks for the tutorial! These are awesome... Would you mind telling me what you charge for these?

Alvarezmom - I don't know if you want Azterp to answer this question but I can give you my price (and my price for them in the future!) if you are interested.

The question is for anyone... I've never made them so I am not sure how much time goes into them.

Thanks for sharing. I can't wait to try these!!!

These are great! Thanks for sharing!

These are great! I would love to know what anyone charges for these as well.

That seems very reasonable! Thanks!

WOW-these are so darn cute!!!! I can't wait to make them.......thank you for sharing your info with everyone!

I so needed something that was still fun, boyish enough and easy to do for a 12-yo party!