Who uses it and who doesnt. Why? I keep seeing it, and really woder if it is all that different or better then using real heavy cream. Any advise is appreciated.

This would be for frosting cakes, and filling cupcakes and such.

I like it because after you frost your cake it doesn't have to be refrigerated. You can frost, make roses (after you beat it a little longer) and your borders. It can also be made to be chocolate flavored. and it's a great filling. I add vanilla to it and no sugar.

It works best when you freeze your wire beater and bowl before you start whipping it.

I've never heard of it. What is it and where would you find it?

i use it all the time to frost and fill my cakes. most people i know don't like buttercream (too sweet) or fondant (too gross). i tried real whipped cream once, and it wasn't sweet and flavorful enough. i know i could add more sugar or flavor... but pastry pride is less expensive and so easy. i just keep some in the freezer until i need it. only thing is remembering to thaw it the day before i do a cake, but there's also a quick-thaw method in the microwave. and i can let it sit out overnight and not worry about it breaking down.

omg! i love this brand. i grew up with it for the reason that my dad use to do all of our cakes with it. he did everything, from roses, to boarders, and i have tried heavy cream by land o lakes, and its too soft. i dont like it. i would say pastry pride has a firmer consistency. unfortunately i havent found a place that sells it. i heard they only sell it at smart and final, but havent found one yet that sells it. i would recomend it. it tastes great

So this will from into firm icing also? I thought it was just whipped topping. Holy Cow!! I'm glad I picked up a carton. I found mine at Cash n Carry or you can check you local bakery/restaraunt supply store. I think a pint cost 1.25. Really reasonable compared to whipping cream.

Could I stableize it more with powders sugar and make it into a rolling icing for cookies, maybe? Or use it as a base to stamp on or airbrush onto?

Pastry Pride is a non-dairy whipped topping that comes frozen. when you need it, thaw it in the refrigerator and then whip it up, just like whipping cream. there's also Frostin' Pride, which whips up to a thicker consistency and i've heard it described as "more like buttercream" than Pastry Pride.

i've stabilized both with piping gel. i haven't done roses with Pastry Pride, but i have with stabilized Frostin' Pride and it worked well.

here's some info on working with it.

I have some of the best results if I combine whipped Pride (either one) and a fluffy buttercream. Make them separately, them beat them together. Light, fluffy, not too sweet, pipes great. Simple borders and some flowers are easy.

I recently used Frostin Pride alone, and over whipped it, the roses had rough edges, like too-stiff buttercream. Not a perfect rose, but certainly acceptable for that particular cake. 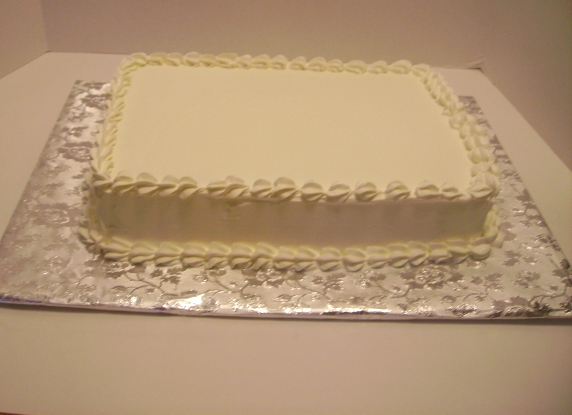 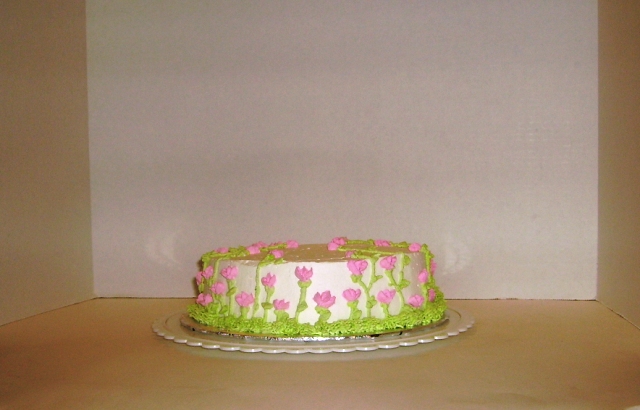 I found this thread searching for "Pastry Pride".

I read the "doitwithicing" info and still have just one question: does it crust like a crusting buttercream icing? Does the "Rich's Buttercream" crust? Does the "Frostin' Pride" crust?

Would you add the Pastry Pride into a cake mix like a packet of Dream Whip (also a whipped topping)?

I love Pastry Pride. We don't have Rich's Bettercremem in my area so am not sure how it compares to Pastry Pride. But I would describe Pastry Pride as a frozen liquid topping that when thawed beats up like whipped cream, but isn't a dairy product so doesn't turn to butter if you overbeat it. It is much more stable than whipped cream or Cool Whip and in my opinion tastes better too. I use it in a Bavarian Cream filling and have also used it to ice cakes, but usually just as a dessert, not really decorated. Here is my recipe for Bavarian filling, holds up beautifully and can be flavored with any extract or liquere.
http://www.cakecentral.com/cake_recipe-2396-Bavarian-Cream-Filling.html

And here is an angel Food cake iced in Pastry Pride and sliced Strawberries.
http://www.cakecentral.com/modules.php?name=coppermine&file=displayimage&meta=allby&uname=ShirleyW&cat=0&pos=58

Isn't this the stuff that walmart sometimes uses instead of BC....They call it a lighter frosting? My MIL ..well in fact none of my DH's family likes it. I'm not to sure I do to..I guess cause I just love buttercream!

So the Pastry Pride isn't really a crusting icing unless you add it to your buttercream icing as mentioned earlier? More of a lighter type of icing?

Thanks for the recipe Shirley!!!!

Athis is similar to the Rich's Bettrcreme you find at GFS...you have to flavor the helk out of it. I love it in fillings but not fond of using it as frosting. It does frost like a dream though but as I said needs Toriani syrups, pudding and cream cheese mixed in, chocolate syrup....

We have Bettercreme in my area and we use it at work.  I personally don't like it as a frosting/icing, but  people who don't like innate sweetness of buttercream seem to prefer (at work this either translates into either the elderly or the mom who doesn't want the kids on a high octane sugar rush, but I digress).

That said, I know with Bettercreme that you can't leave it unrefrigerated for more than an hour or two or else it'll either "break" while you're icing and/or become too soft for piping.  Bettercreme that comes already colored is notorious for the latter.  The consistency tends to be a bit better if you color it yourself, but you have to be sure not to use too much or else it will become too soft -- in other words, don't expect to be able to get "hard" primary colors with it.  It's a great vehicle for pastel colors, though!

I've never used Bettercreme on my own at home, but if I did I'd want to play with it as part of a filling or a mousse.  I know people who have had great luck with both, so there's something to consider.

I don't know anything about Pastry Pride, but from what I've read here and elsewhere it seems to be very much like Bettercreme in many ways.