Tutorial - How To Make Simple Soccer Ball From Fondant 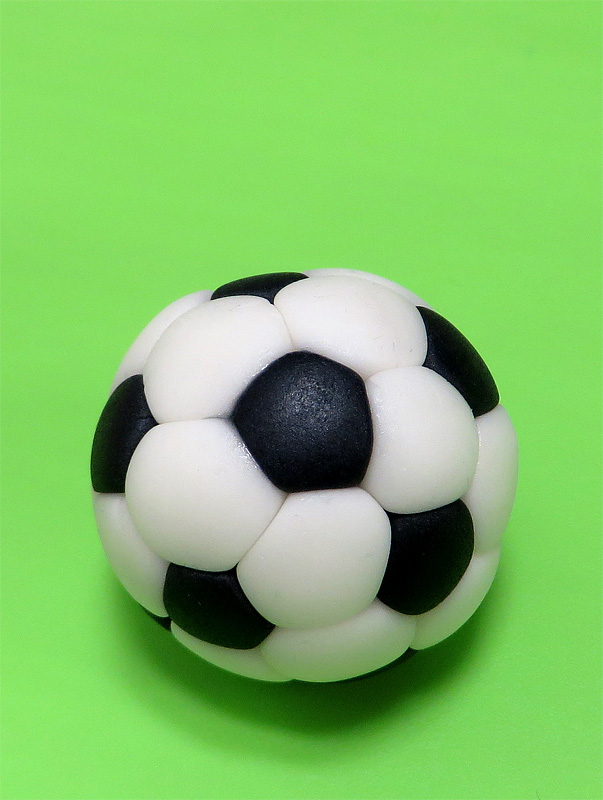 Today I will show you simple and easy way how to make soccer ball from fondant. Its easier than you think.
For the production we need fondant in black and white color, a brush with some water.
First, make 12 smaller black balls (try to do all the same size), then 20 white balls of equal size like black, and one white ball, which should be about eight times greater than the smaller ones. 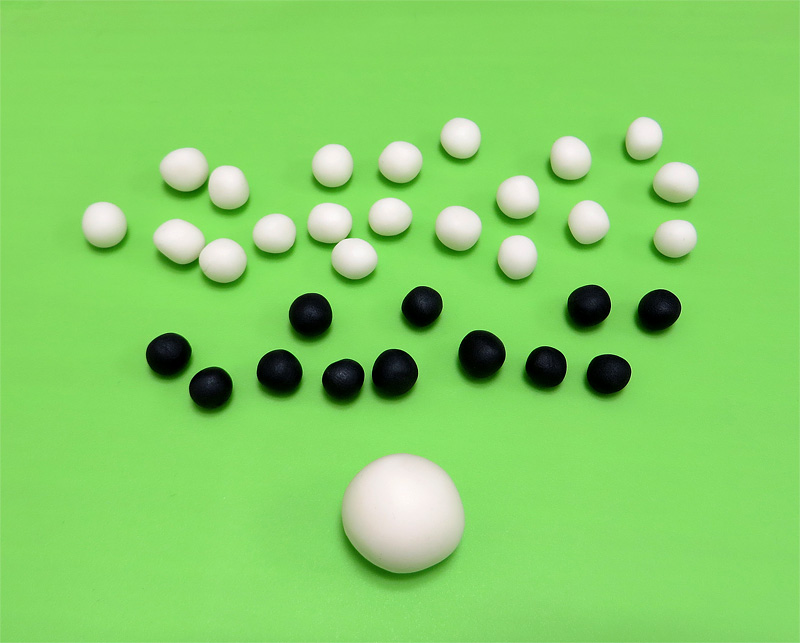 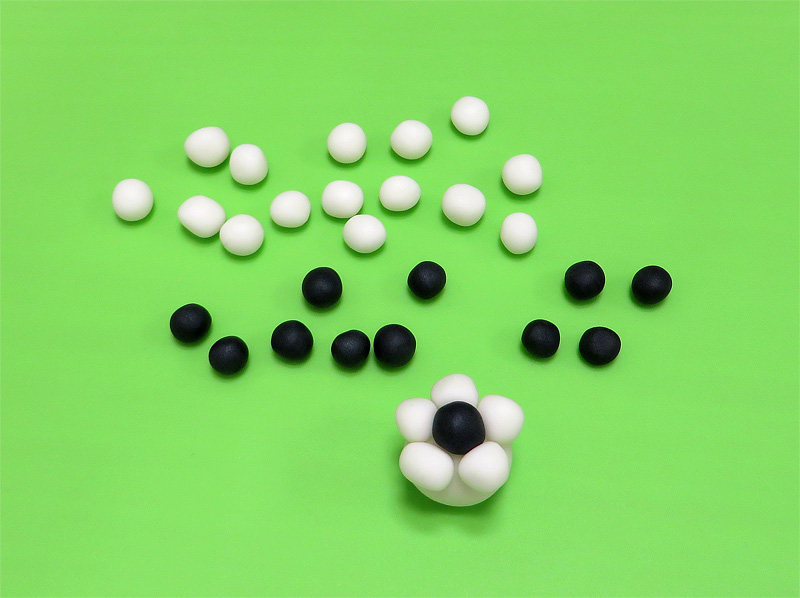 Then continue with five black balls. Moisten them and with slightly pressure glue them to the place where the two white balls stick together, as is evident from the photo. 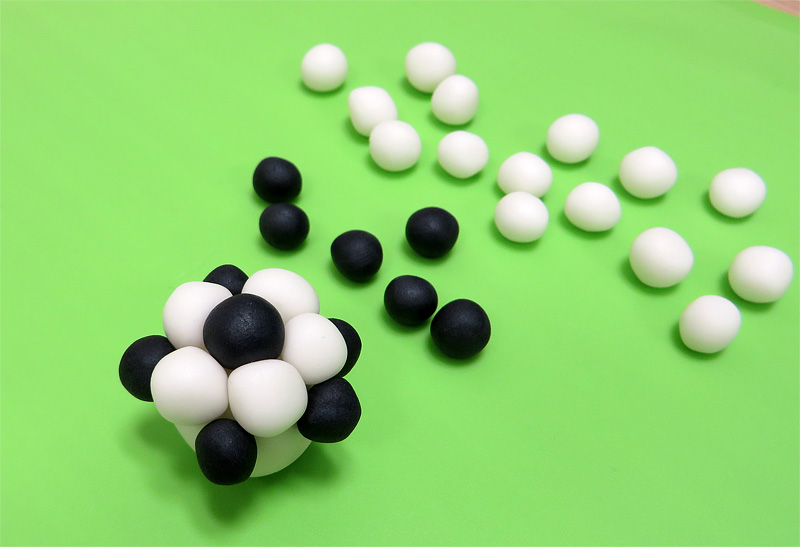 Then continue with white balls, where you glue three white balls around black ones, to obtain a sample of five flowers. In the empty spaces between the white balls, put five black balls, surround them with last white balls and at the bottom glue the last remaining black ball. 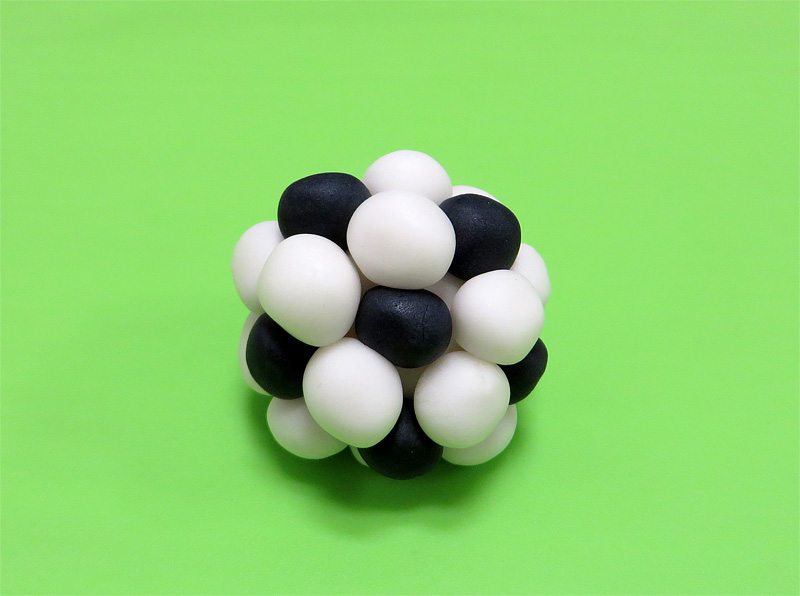 Place the resulting pellet between the palms and start with slow and gentle circular motions to rotate and compress. Then, with circular motion begin to slowly squeezing balls together, so they fill empty space between them and eventually obtain a flat appearance and the appearance of a real soccer ball. 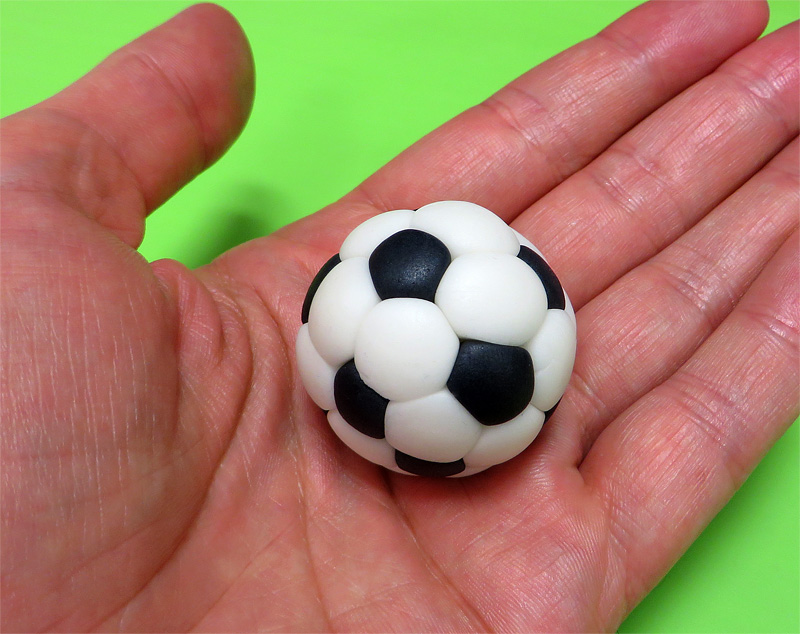 After some time, the rotation between your palms will make soccer ball, which is almost a real replica of soccer ball. 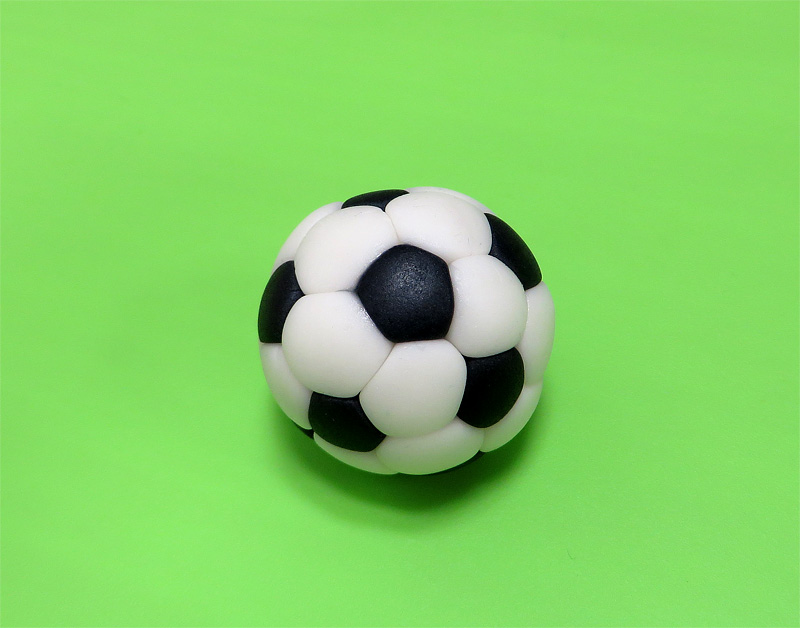 Put figurine to dry overnight in a cool and dry place (but not the refrigerator).

You can find some other simple HOW TO MAKE tutorials on my blog.

Wow!  Thanks so much.  I have several futbol (soccer) fans in my family.

This is awesome!  Thank you so much